*In the event of special conditions, exhibition hours may vary 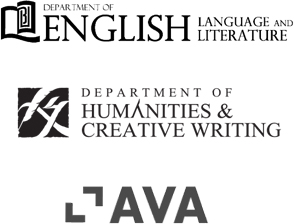 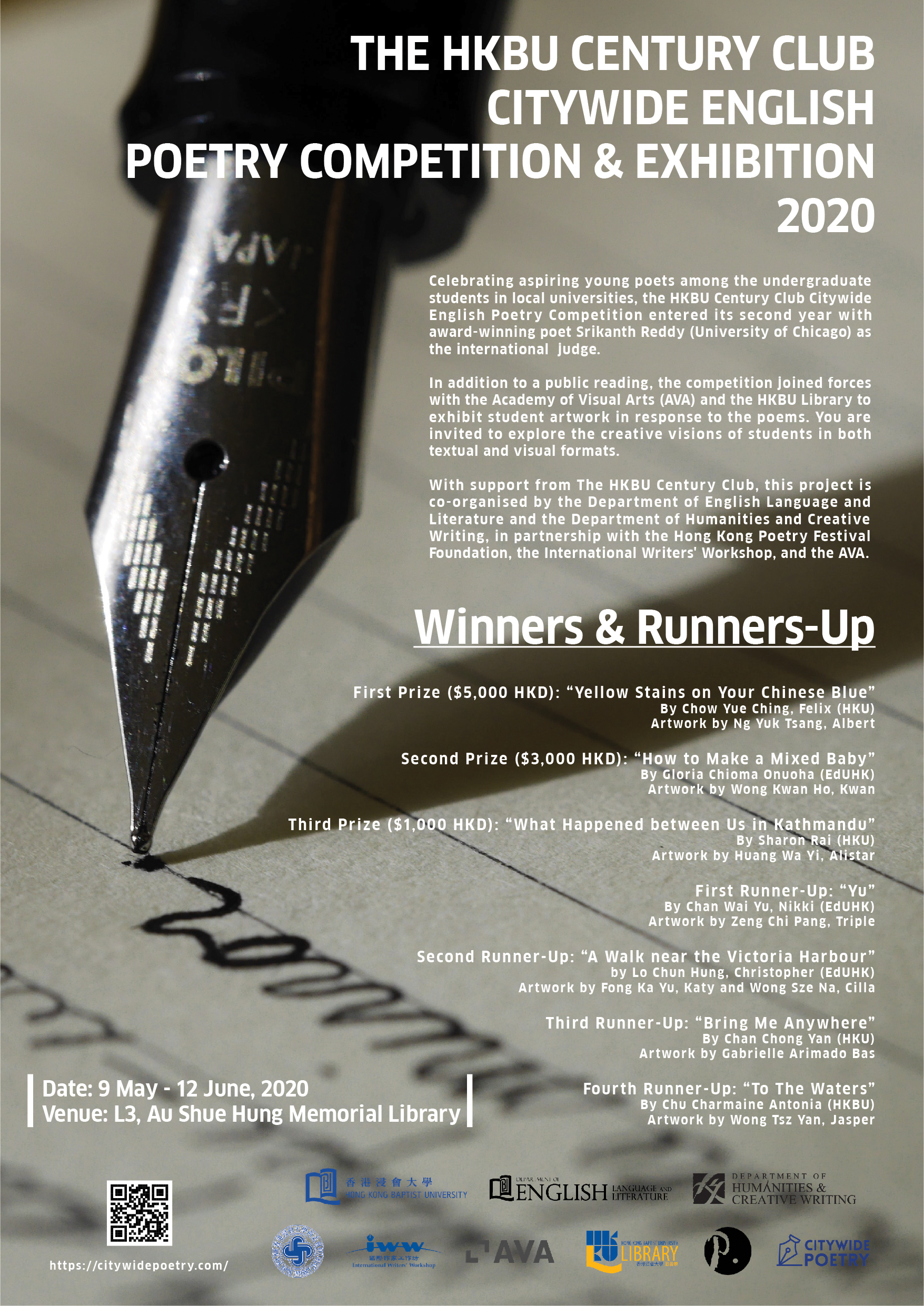 In addition to a public reading, the competition joined forces with the Academy of Visual Arts (AVA) and the HKBU Library to exhibit student artwork in response to the poems. You are invited to explore the creative visions of students in both textual and visual formats.

With support from The HKBU Century Club, this project is co-organised by the Department of English Language and Literature and the Department of Humanities and Creative Writing, in partnership with the Hong Kong Poetry Festival Foundation, the International Writers' Workshop, and the AVA. 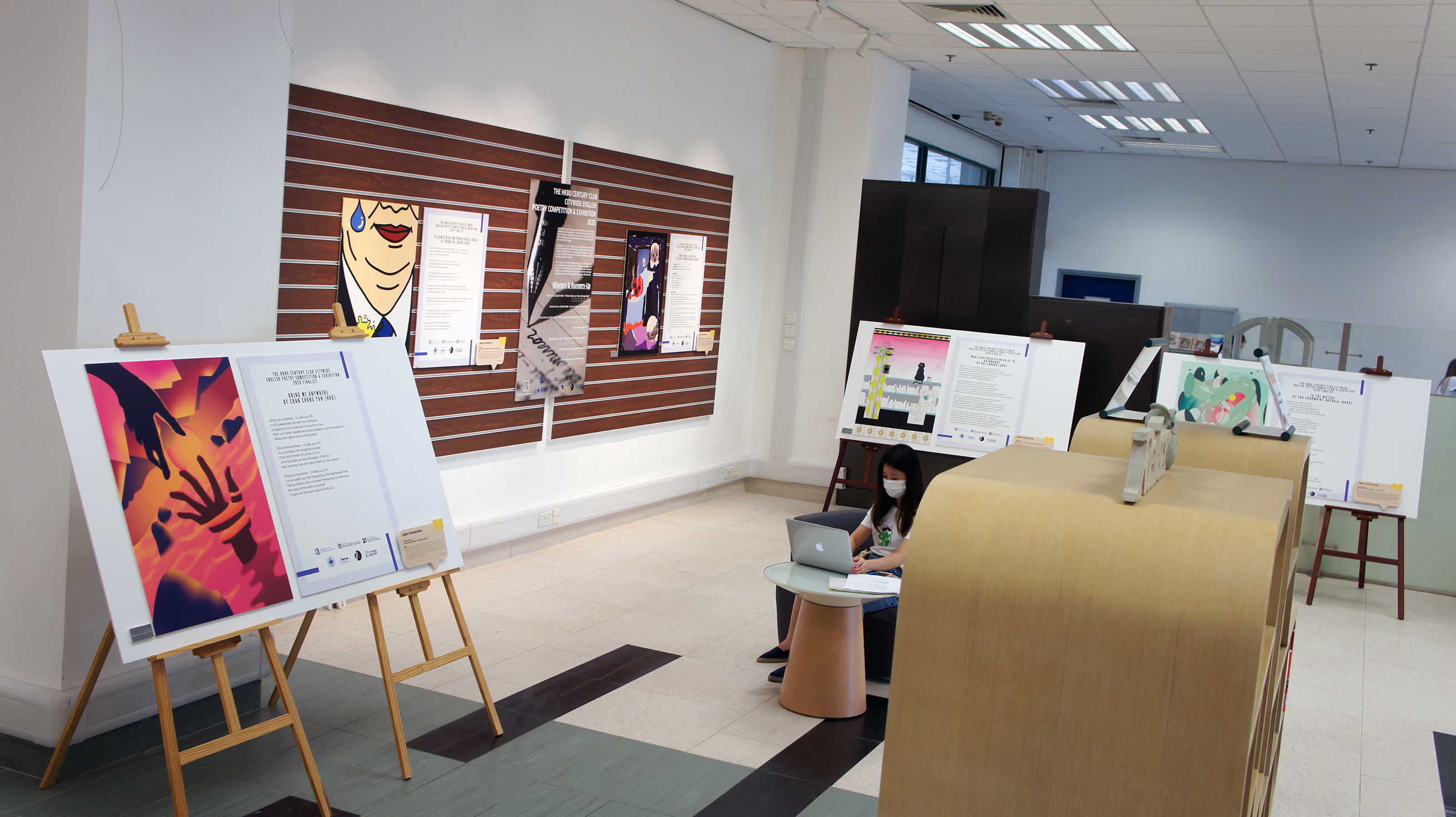 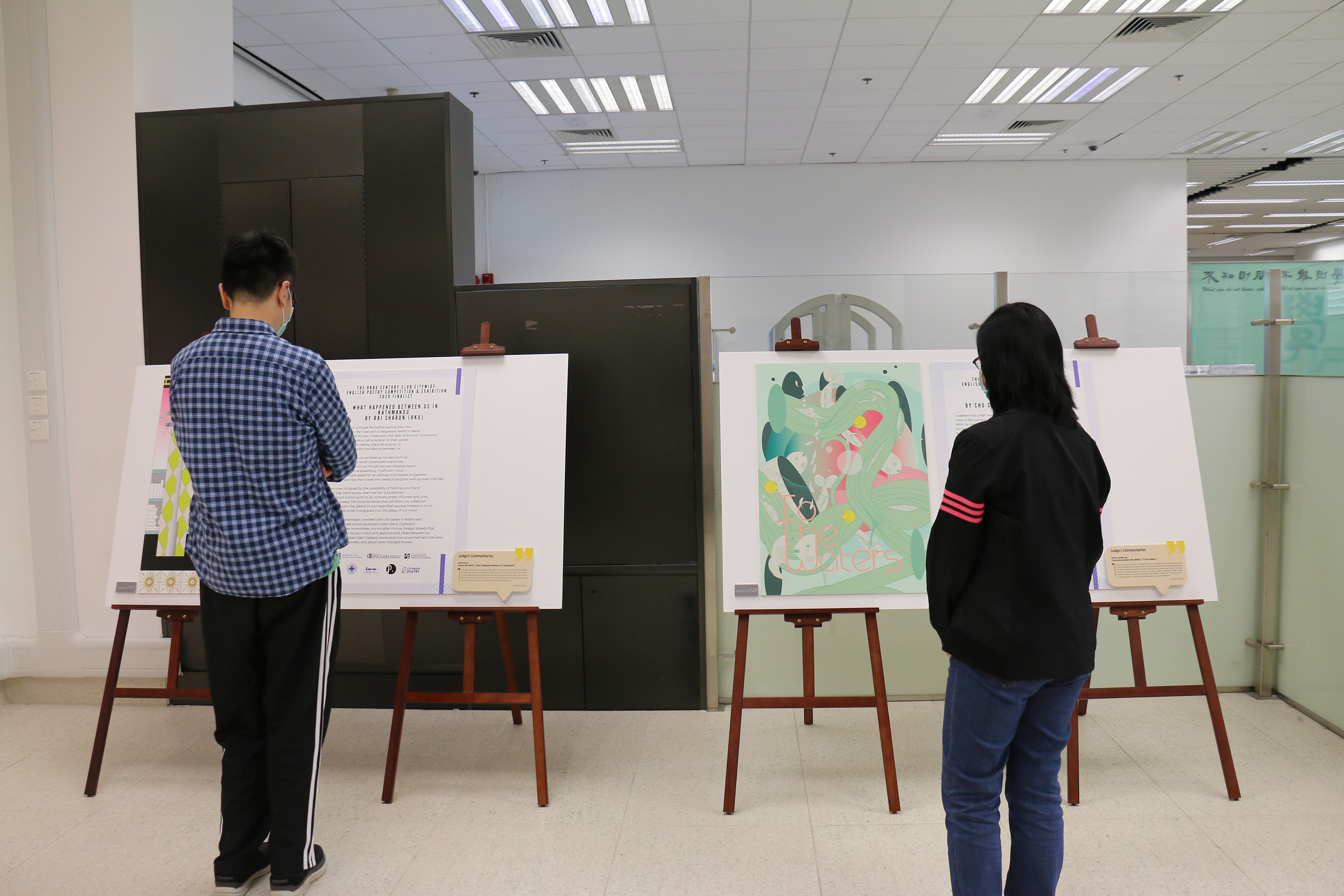 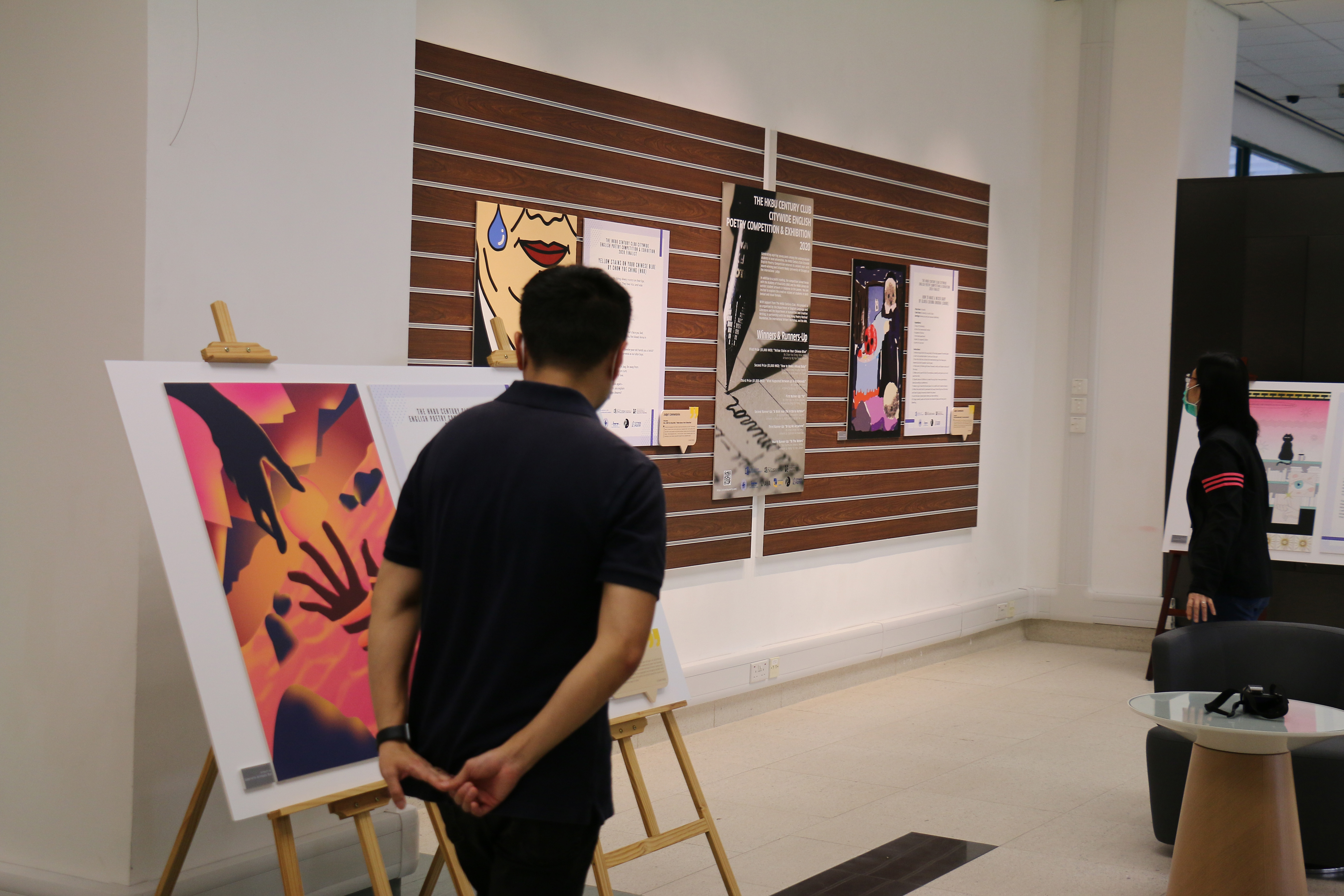 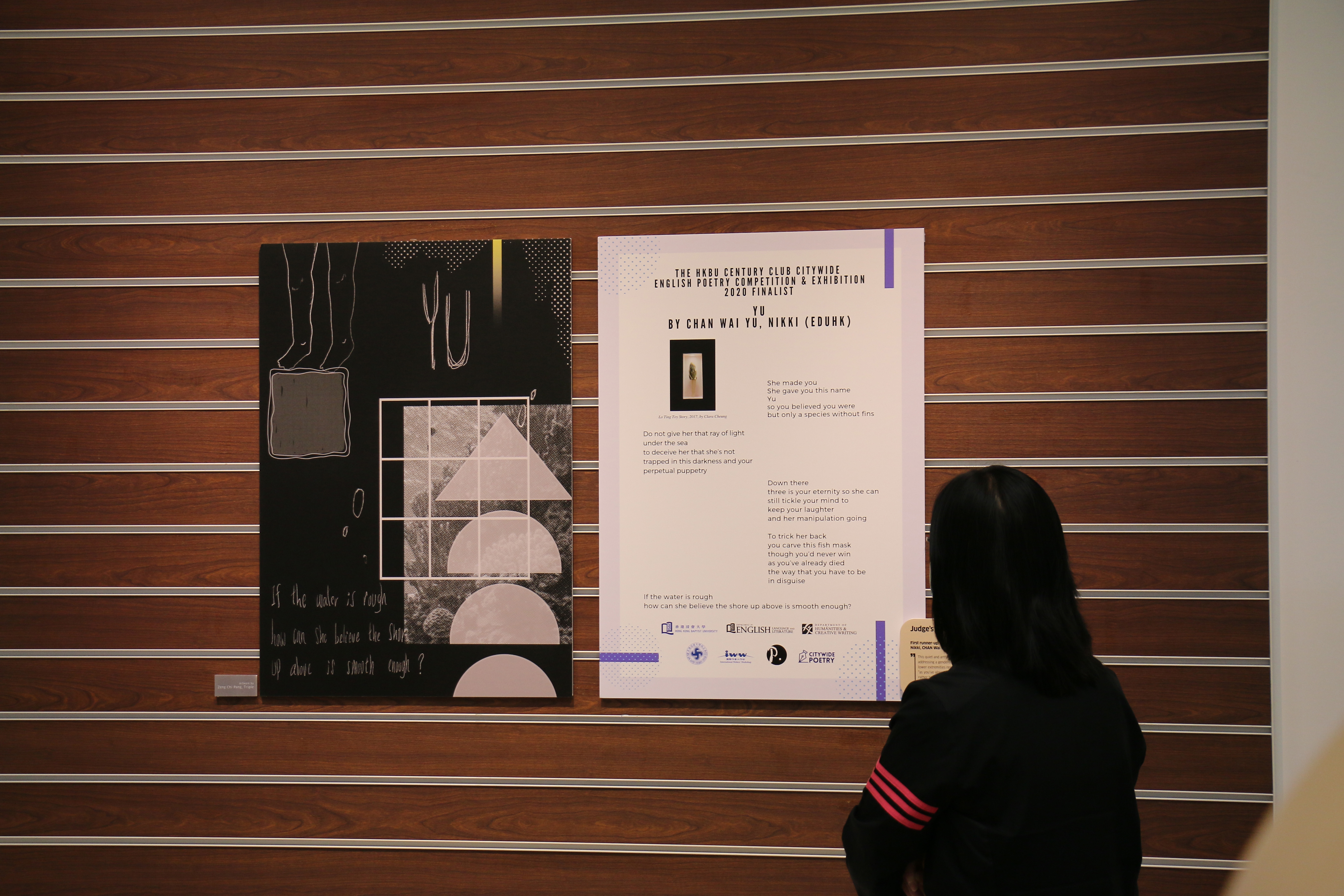 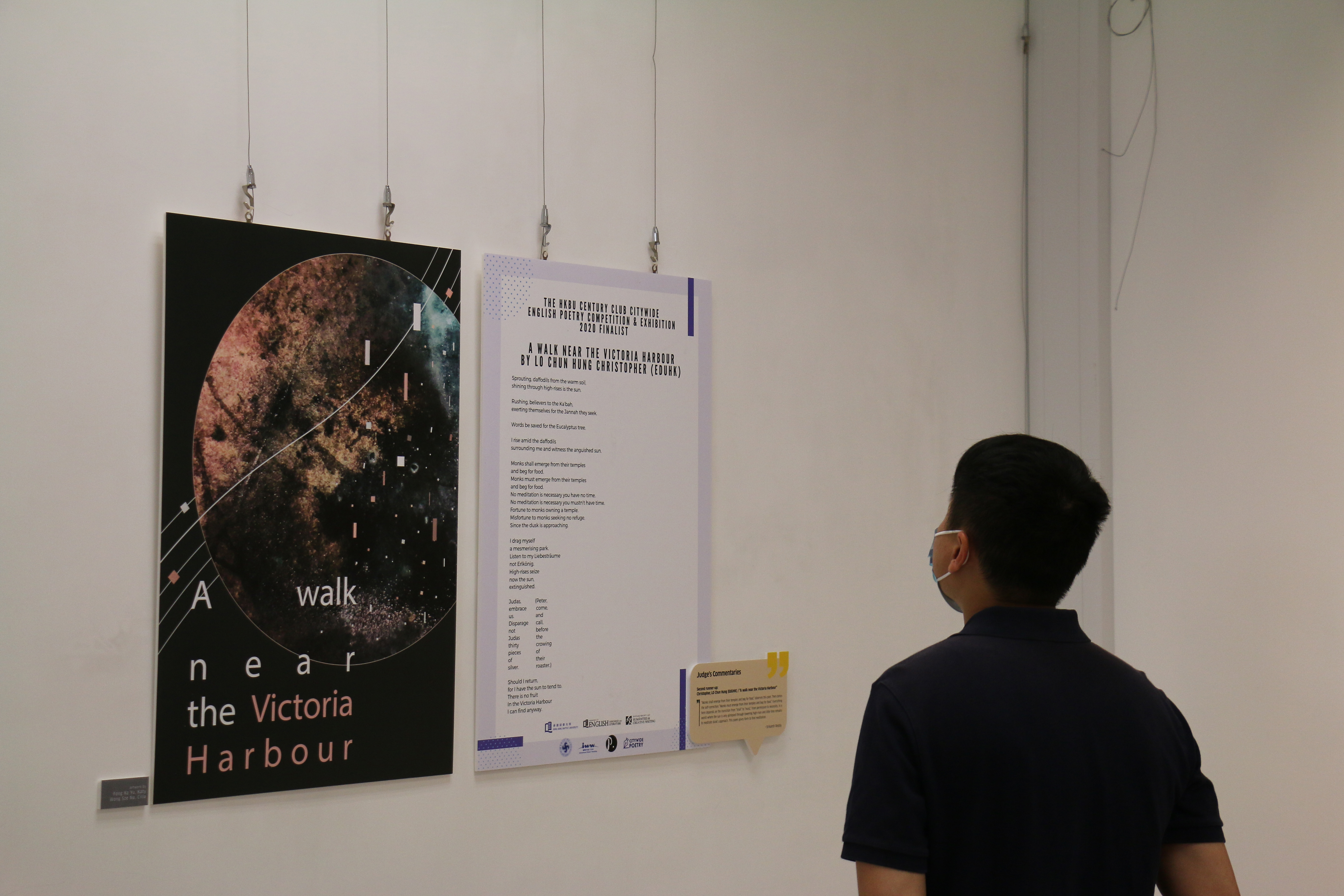 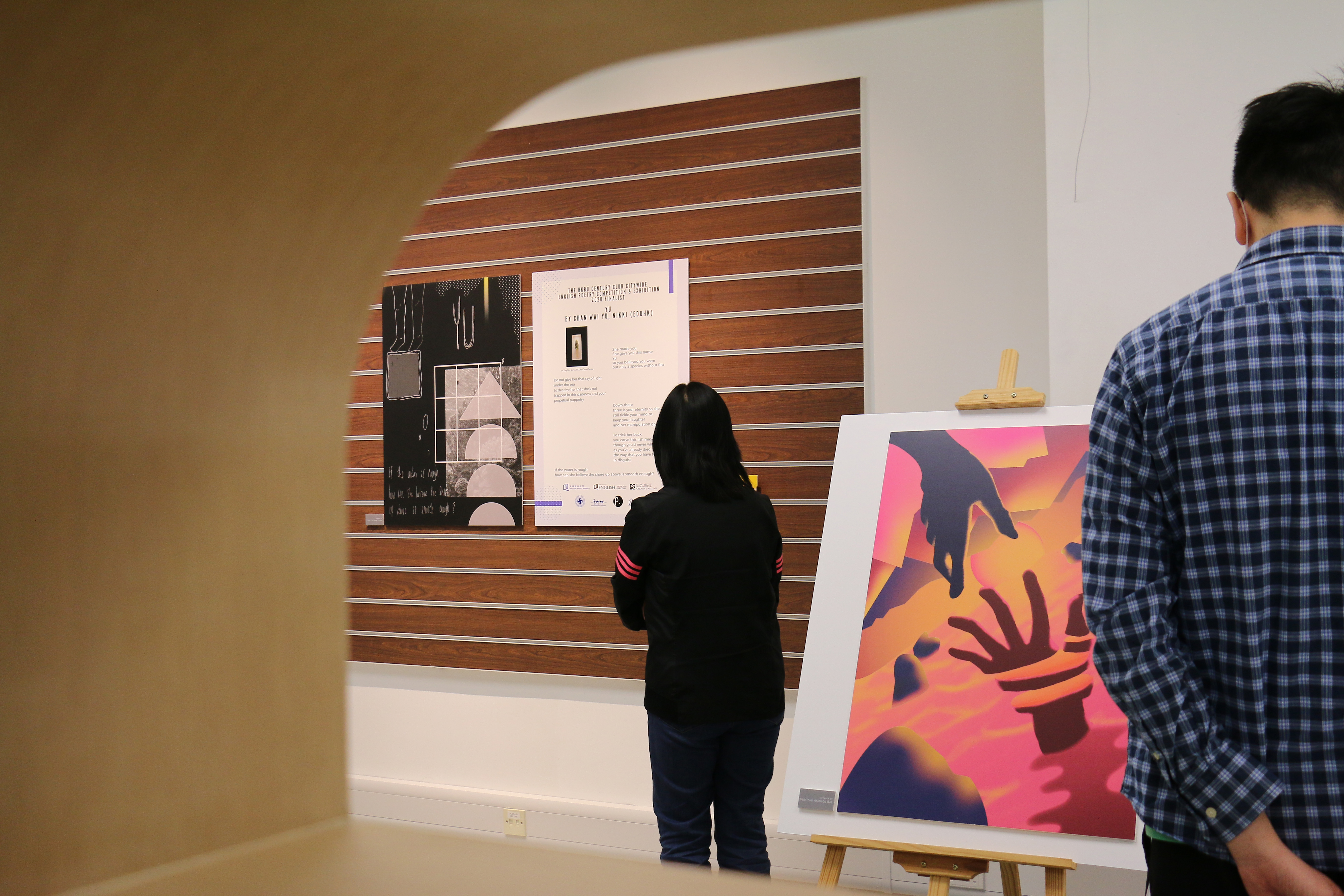 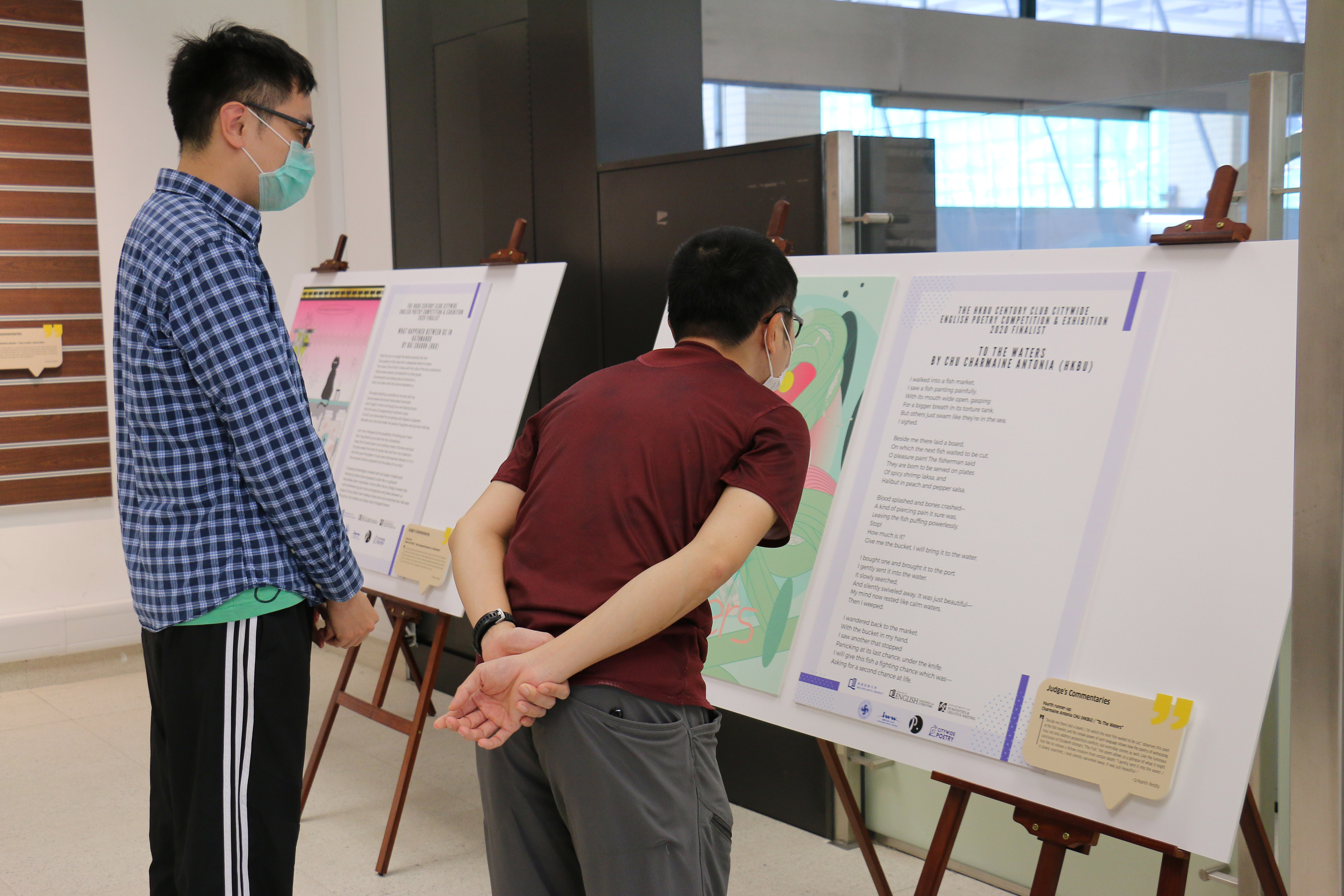 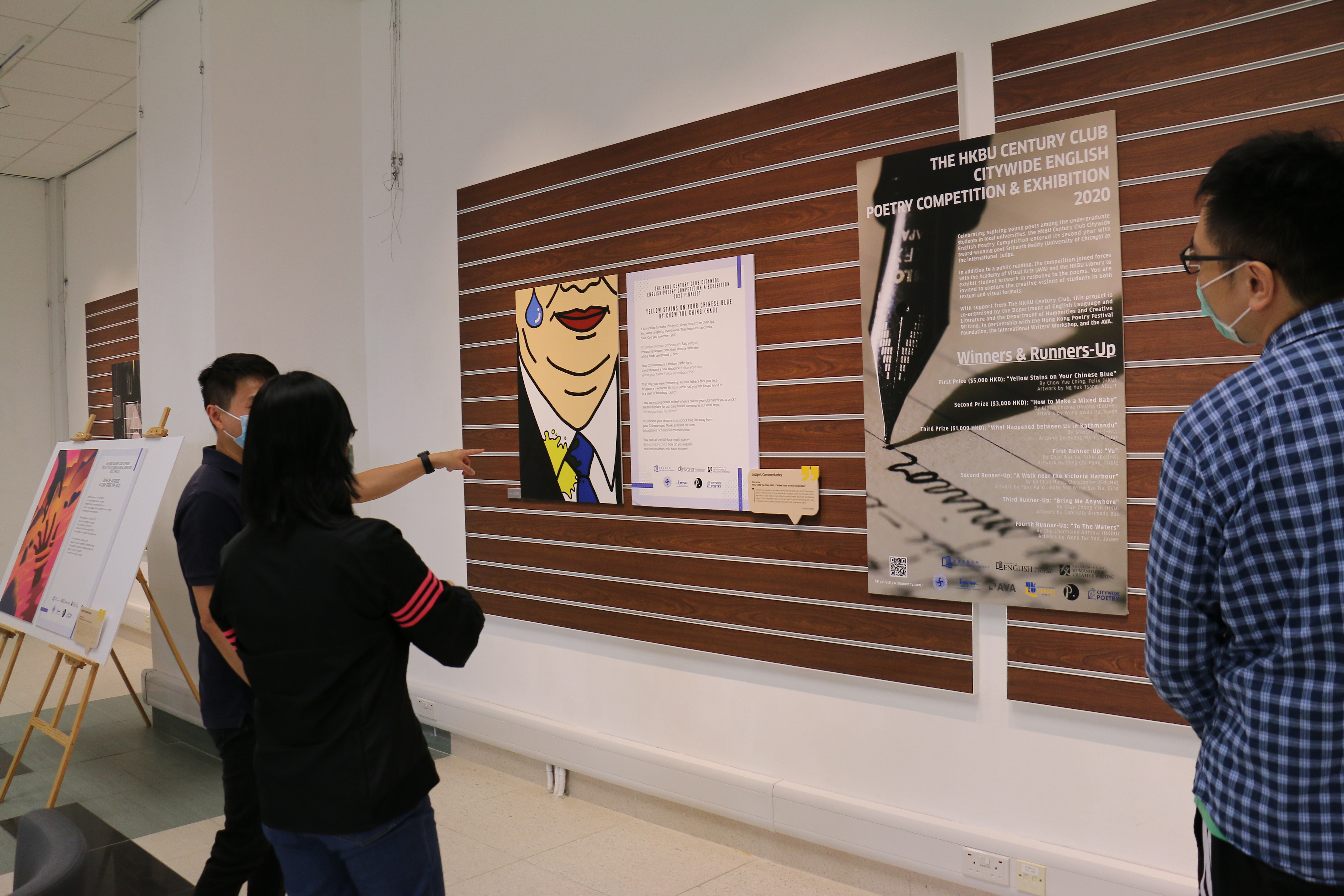 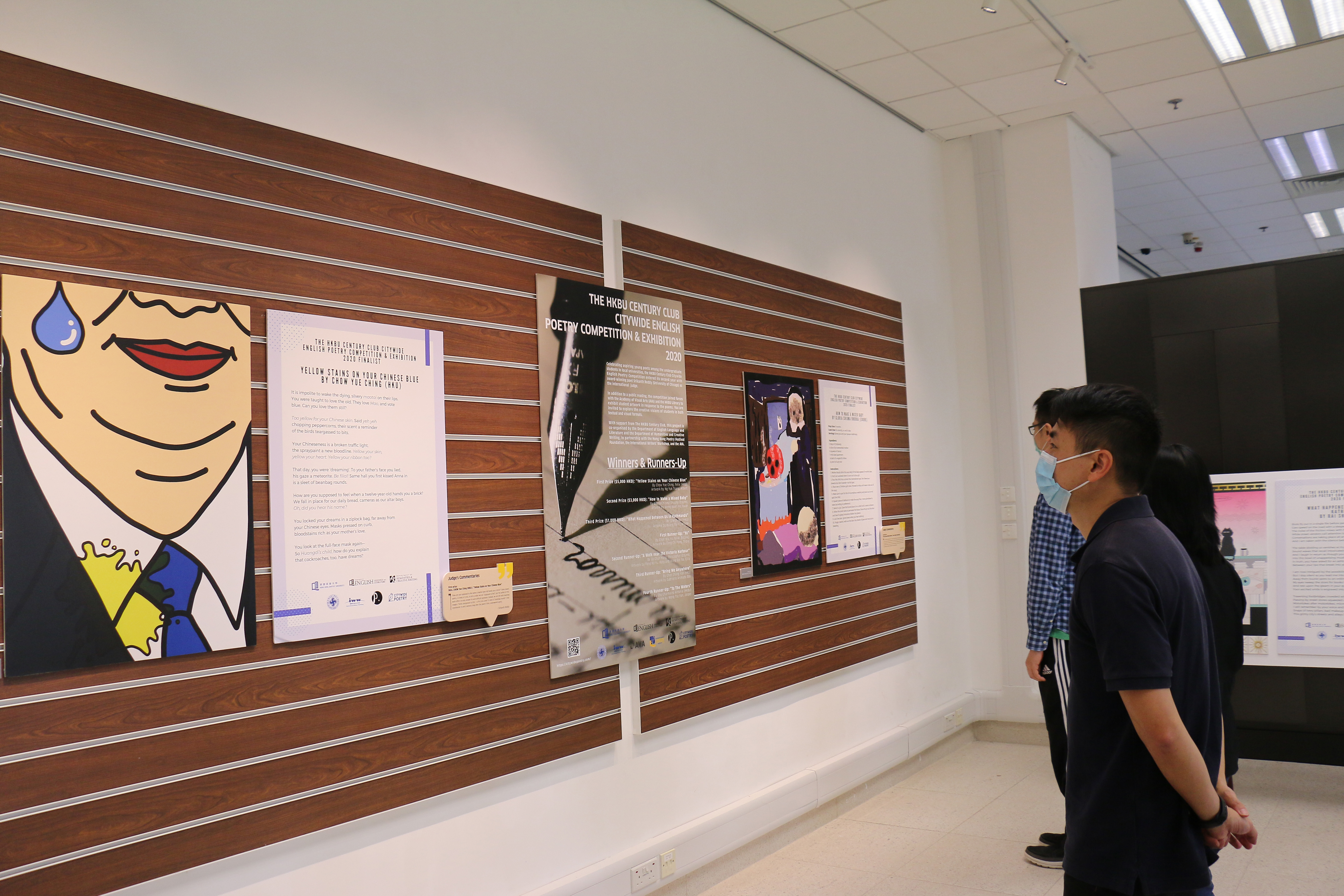 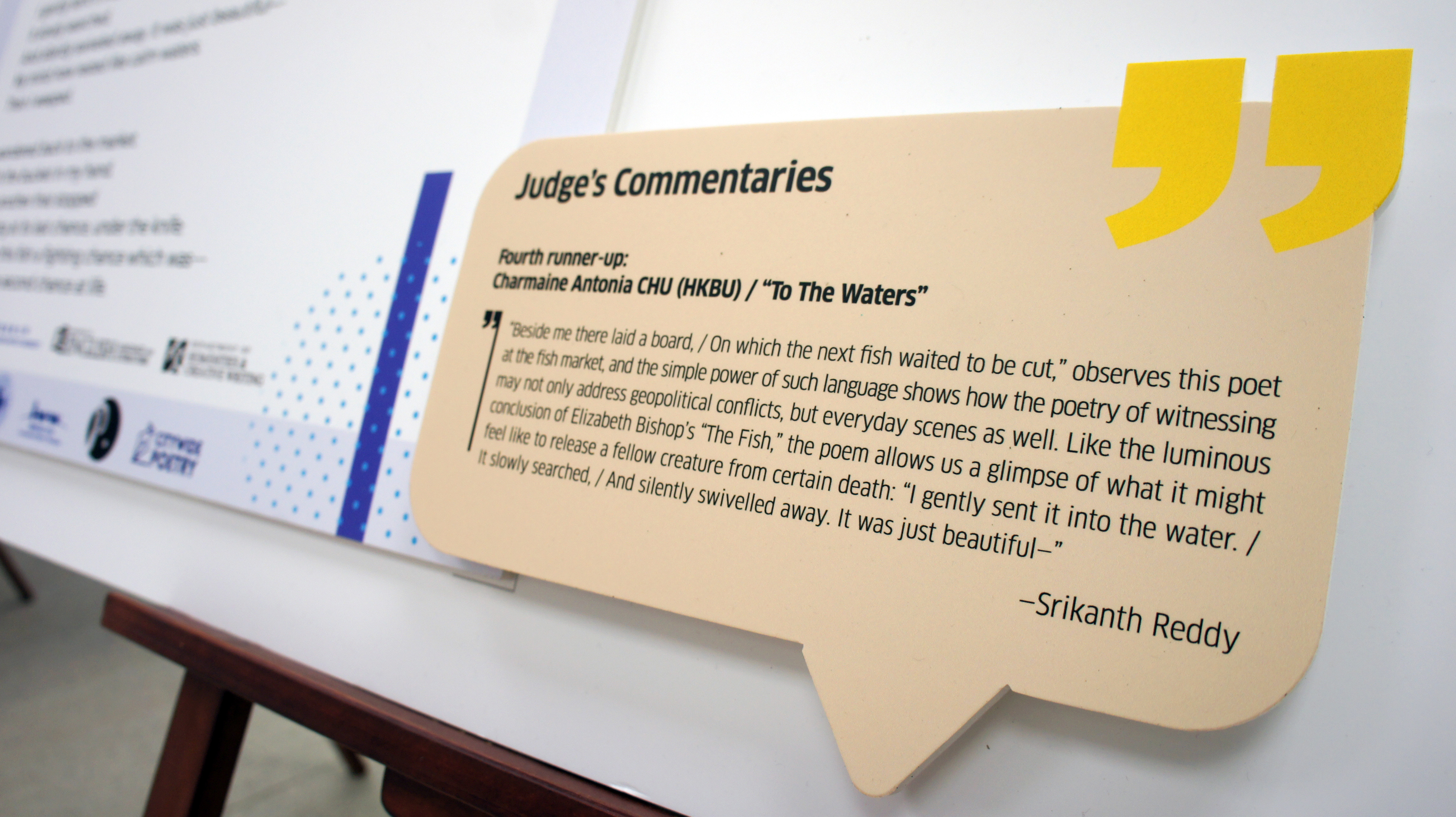 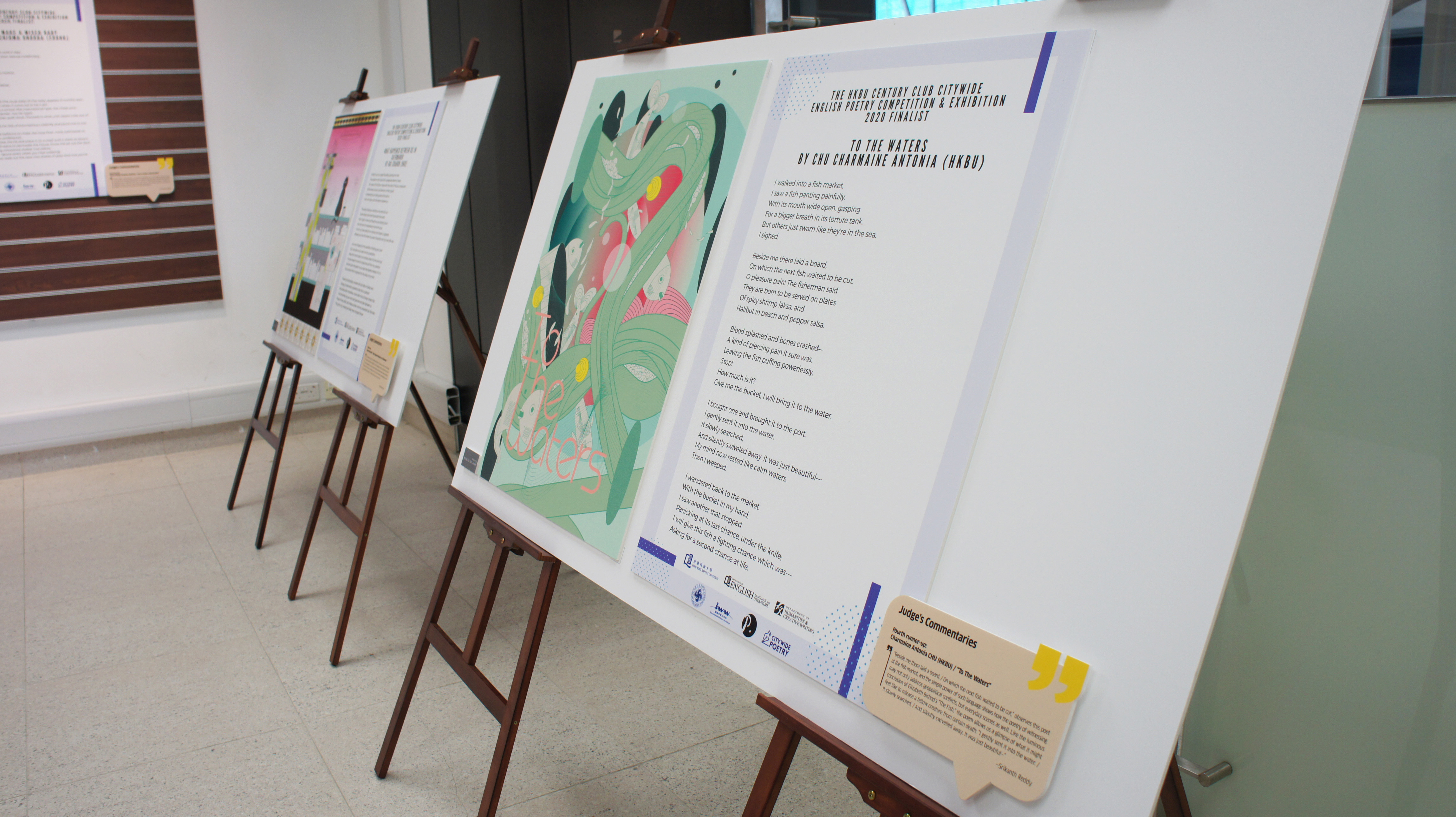