What is Research Impact?

Citation counts are traditional key measures of scholarly works. Impact measurements have however, expanded significantly in recent years to include influences beyond academia. Research impact has a much broader meaning nowadays and can be wide ranging, varied and project-specific.

In summary, research impact is a multi-dimensional indicator and it is important to be aware of the positive and negative effects of each measure. This Guide aims to provide you with basic information about some the most common measurement tools. 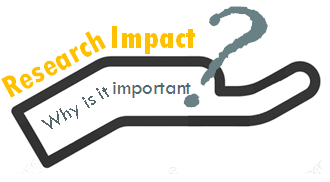 Why care about Impact?

Research supported by public money is seen as needing justification. More and more, researchers are required to demonstrate their contribution to the economy and wider society, as well as to culture and the environment.

Impact measurement is a controversial topic as there are no agreed standards. Criticisms include metric maximising practices, diverting attention away from actual content, and ignoring the reasons for citations. Various initiatives such as the San Francisco Declaration on Research Assessment (DORA) and Leiden Manifesto aim to educate and address these pitfalls.

Nevertheless, metrics can be useful tools for research assessment when applied appropriately. The following explains some of the traditional ways of measuring impact: 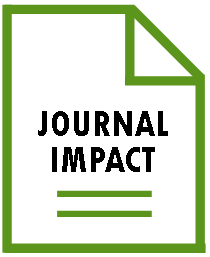 Journal metrics rate the importance of a journal based on the number of articles published and the number of citations received. One aim is to help researchers decide which journal to publish in. Each system has its strengths and weaknesses and so judgment must be exercised when interpreting and applying the figures. Common journal metrics includes:

Journal Impact Factor (JIF)
Published annually in Web of Science's InCites Journal Citation Reports, JIF measures how frequently an "average article" is cited over a defined period and is thus an indication of how often a journal is cited by other journals in a field. Surprsingly, the calculation is rather simple, based over 3 years:

A JIF of 2.575 means that on the average, articles published one or two years ago have been cited 2.575 times.

SCImago Journal Rank (SJR)
Based on Scopus data, SJR was inspired by Google's PageRank algorithm and has visual presentation capabilities. It is a free online tool that ranks publications by weighted citation per document. A citation from an important journal will count as more than one and likewise, those in a less prestigious journal will have a lower weight.

Source Normalized Impact per Paper (SNIP)
Scopus-based SNIP measures contextual citation impact to allow direct comparisons between subject fields. For example, due to the usual higher value for STEM-related journals, Arts and Humanities journal titles are given a higher rating to balance out the value difference.

CiteScore
Freely accessible via Elsevier's Journal Metrics, CiteScore is based on citations received in one year to articles published in the previous 3 years, divided by the number of articles indexed in Scopus published in the same 3 years.

You may find Professor Anne-Wil Harzing's Where to submit your paper? Compare journals by impact helpful when trying to decide where to publish. 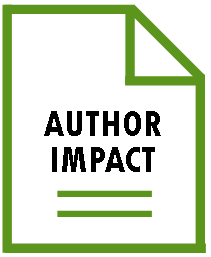 h-index
The h-index attempts to balance scholarly productivity with citation impact. A scholar with an index of h has published h papers that have been cited by other papers at least h times. Thus an author with an h-index of 50 has published 50 articles each with 50 or more citations. It is sometimes seen as unfair to early-career researchers.

i10-index
Used only in Google Scholar in its My Citations feature, i10-index is a basic and straightforward way of measuring a scholar's productivity. It simply counts only the number of publications with at least 10 citations. 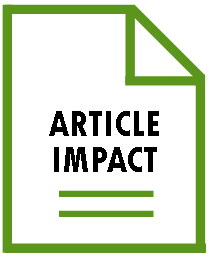 Article metrics are from a variety of different data sources, such as the traditional Citation Counts, Field-Weighted Citation Impact (FWCI), and the more recent altmetrics. Scopus, Web of Science and Google Scholars all provide easy ways for authors to find their article impact.

Field-Weighted Citation Impact (FWCI)
Field-Weighted Citation Impact metrics are a useful benchmark regardless of the differences across disciplines. Sourced from SciVal, FWCI compares the number of citations received by a researcher against the average number of citations received by all other publications that have the same publication year, type and discipline, calculated as follows:

In addition to the above, altmetrics have become increasingly popular as measures of article level impact in recent years. See the next section for more details. 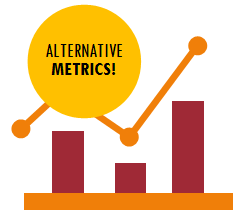 Short for alternative metrics, altmetrics complement traditional impact measures but unlike citation counts which may take years to emerge, they are available almost immediately. The birth of altmetrics in recent years has been a benefit to many scholars, in particular, those from Humanities and Social Sciences, providing them with an alternative way to assess their work apart from traditional journal metrics. Altmetrics have gained widespread attention, giving researchers total new perspectives to see how their works are influencing not only scholarly communities, but also beyond. 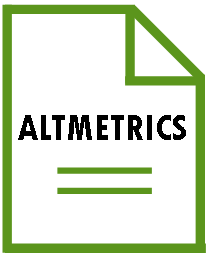 Examples of altmetrics include: mainstream media coverage, citations on Wikipedia, discussions on research blogs, mentions on Facebook or Twitter, or exports to citation management systems like Mendeley. Main ways to access and make use of altmetrics data include:

scopus.com | Found on the right hand sidebar of the Scopus Document details page, the 5 categories of PlumX metrics track various altmetrics data. This has become the primary source of article level metrics on Scopus alongside citation count and field-weighted citation impact.

altmetric.com | Not to be confused with altmetrics.org, altmetric.com is a product offered by Digital Science that uses a doughnut symbol to visualise the reach and impact of articles. altmetric.com widgets can be found on many publisher article metrics pages or repositories such as Figshare.

Altmetrics are still in their infancy. Just like traditional metrics, they have limitations and can also be easily manipulated. To learn more, visit: altmetrics.org.

Why do they care?

Watch this 2-min video on why these University of Leicester researchers care about impact.

Plan impact early as part of your research design.

Ensure you get credit for your work - get an ORCID ID.

Read Taylor & Francis' 10 tips on how to maximise the impact of your research.


Short for alternative metrics which includes Mendeley captures, Wikipedia mentions, and social media shares. Publishers such as PubMed Central, PLOS and Elsevier have all incorporated altmetrics into their workflow.

Embargo
Term in academic publishing to describe period of time publishers require authors and users to wait before publications are available free and open access.

H-index
Author-level metrics based on quantity and quality of a researcher's publications. H-index measures both researcher productivity and citation impact.

i10-index
Number of publications with at least 10 citations from others. Simple measure used by Google Scholar in its My Citations feature to gauge productivity of a scholar.

Journal Impact Factor JIF
Average number of citations received per paper published in particular journal in preceding 2 years. 1 means article published 1 or 2 years ago has been cited once.

Institutional Repository IR
Archive for collecting, preserving, and disseminating an institution's research output. Works in IRs are said to benefit from an OA Citation Advantage.

Mentions
1 of 5 Plum metrics that tracks mentions of work such as blog posts, comments, reviews, and Wikipedia links as measures of users' interaction and engagements.

Open Access Citation Advantage (OACA)
Benefits researchers get from depositing work online outside playwall. OACA has been confirmed with definitive results as demonstrated in numerous research.

Open Access OA
Peer-reviewed research that is free for all or for reuse under licenses such as Creative Commons. Depositing your work into institutional repositories is green OA. Publishing in OA journals such as PLOS is Gold OA.

Research Impact
Contribution research makes beyond academia, including economy, society, culture, public policy or services, health, and environment or quality of life, as defined by HK RGC. Impact has 15% weighting for RAE 2020.

Research Visibility
Based on idea that research should be shared to create new insights. Methods include using ORCID ID to avoid losing work, sharing via repositories, and social media engagements.

Usage
1 of 5 Plum Metrics that tracks usage such as reading or watching of a researcher's work. Regarded as the most popular statistics after citation counts. 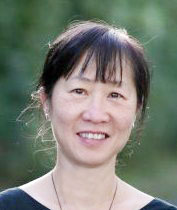 Find out more about Impact!

Feel free to contact me if you have questions regarding Research Impact, or any other scholarly communication issues.